Is Polio Coming Back? 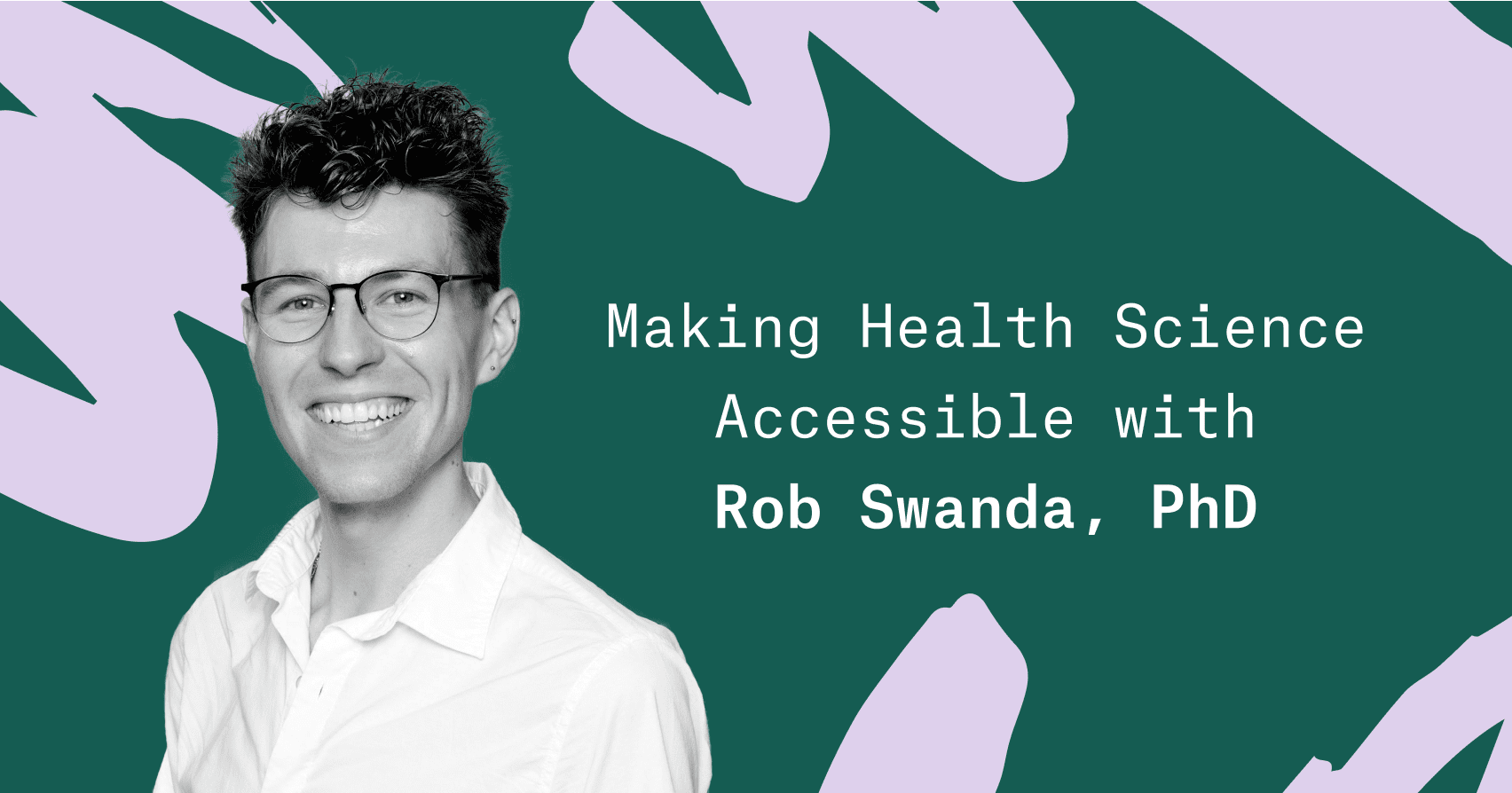 Polio. It’s Back?! A Discussion With Rob Swanda, PhD and Dr. Caesar Djavaherian

‍In an effort to make health science information accessible, Carbon Health has partnered with Rob Swanda, PhD to answer questions about polio, from actual people (via Dr. Swanda’s Twitter and newsletter followers). Dr. Swanda is joined by Dr. Caesar Djavaherian, the co-founder and chief clinical innovation officer at Carbon Health, to tackle polio-related questions below, and many more in the full-length video discussion found near the bottom of this post.‍

What is wastewater surveillance?

Dr. Djavaherian: “Yeah! Well first of all thanks for having me on, and talking about polio and its recent kind of re-emergence. So, wastewater surveillance is frankly a fairly new tool that we have in our public health parlamentarium, which is the ability to check wastewater, like toilet water or hand washing water, in cities to see what types of bacteria or viruses are circulating in those communities. Wastewater detection for Coronavirus for example is quite helpful during the pandemic and provided some kind of hot spots and early detection of, for example, new variants that were circulating. In the case of polio, wastewater testing was a way for public health officials to try to understand which communities, particularly around New York City we're seeing spikes in the poliovirus particle.”

Dr. Swanda: “Yeah we had that first case of polio pop-up in more than 10 years that was in Rockland County (NY) this past summer, and then shortly afterward there was this surveillance testing that began picking up multiple positive virus strains. Maybe it's two here, three there, in surrounding counties as well as Rockland itself, so then it became kind of apparent in the news that these individuals who did contract polio were not vaccinated and that they had received the polio virus via a vaccine derived poliovirus. So they were infected by an individual who had received a live polio vaccine.”‍

How does the polio vaccine work?‍

Dr. Swanda: “Would you mind giving a brief explanation on how a live polio virus vaccine works?”

Dr. Djavaherian: “Yeah, thank you. So, this is quite nuanced and there are two types of polio vaccines. One is the live attenuated vaccine, and attenuating this means that the virus has been weakened so that it doesn't cause full-blown paralytic effects that the natural polio virus does. And then there's another type of vaccine that's inactivated poliovirus, or IPV, and that type of vaccine has denatured the virus to the point where it can't do anything; it's just the viral particles and those particles will cause an immune response. The reason that the oral virus was kind of implicated in the re-emergence of polio in New York state is that actually what public health officials did was look at the strain of the virus and they identified it as one that was used in the oral poliovirus, the kind of weakened virus, which is only administered overseas. So since 2000, the U.S doesn't provide this oral weakened virus but instead has the type of virus vaccine that cannot replicate. And so the story is that someone who is vaccinated oversees was shedding virus, they came to the U.S, shed viruses as expected to do, and they were protected and they encountered people who were unprotected or unvaccinated, had no type of vaccine in their system and so the weakened virus was transmitted to someone who's unvaccinated and then developed into a full-blown case of polio because these viruses will actually kind of adapt and change and then continue to replicate. So in communities where vaccination rates are low, they're at much higher risk for members developing polio particularly if they have individuals from outside the country coming in or who are shedding virus particles. It's a long-winded kind of explanation for what happened in New York, but I think it's important to distinguish that the oral virus was used really to eradicate polio across the world, so it's a fantastic tool for eradication because it's so easy to administer. The downside of that oral virus vaccine is that there's a very small rate of people who can become infected by it if they're unvaccinated, or if you have groups of folks who are unvaccinated.”

Dr. Swanda: “Yeah I think that that's a great point about the advantage of why we have more than one vaccine. I think a lot of people say 'oh well you know why do we have these different routes of administration if we know one works?', but in areas where maybe there isn't the same amount of infrastructure that we have in the U.S having something that can just be given orally. And those who were in the U.S before 2000 might remember that that vaccine was given on a sugar cube sometimes, so like a lot of people joke about 'oh a sugar cube vaccine' and yeah that's the one! That's the polio vaccine! But, having those different options is super important.”‍

Should we be in a heightened state about a possible polio resurgence?‍

Dr. Swanda: “Currently, right now, we only have one case that's popped up in New York at the current moment and we do have some increase in that wastewater testing, but what about the remainder of the population? Are they really in a heightened state right now or can they kind of relax a little bit?”

Dr. Djavaherian: “The short answer is if you've been vaccinated and you're immunocompetent and your immune system is fully functional you have very little of anything to worry about when it comes to polio. And most Americans fall into that category of being fully vaccinated and therefore not really at risk for contracting polio.”

Dr. Swanda: “Yeah I agree with that and something I always like to try to remind people too is that you know if you weren't vaccinated when you were younger it's not a vaccine that can only be given to children. You can get this as an adult too, so that's a good thing. I think a lot of people relate polio vaccination to childhood, like you mentioned a lot of Americans already have had it, but in that small instance that you have not received it's not too late, you can still go and get that protection, and that's important to do.”

Dr. Djavaherian: “What a great point to just highlight the fact that in incompletely vaccinated or unvaccinated folks this is your opportunity to go out and complete your vaccination process. It's fairly easy, it can be done and ideally in eight weeks, but frankly, it can be done in less than that time in extreme circumstances.”‍

Should we get a polio vaccine booster?‍

Dr. Swanda: “And then some individuals in the community were also asking if they received their vaccine as a child and now maybe it's been a couple of decades, are they still protected and if they are not how many boosters can they get if necessary?”

Dr. Djavaherian: “So boosters are, well first of all folks who've been fully vaccinated again the risk of getting infected by poliovirus is incredibly low. The CDC does recommend that even in folks who've had the three dose IPV, inactivated polio vaccine, even if they've had that but they are going to parts of the world where polio is endemic and that's parts of sub-Saharan Africa, Southeast Asia, or Afghanistan, that they can obtain a booster dose. And this also pertains to healthcare workers who might be handling poliovirus at work so those would be the categories for getting a booster dose of inactivated polio vaccine. But for the general population, I would say this is not real, or wouldn't pertain to them.‍

Dr. Swanda: “If we begin to see some of these other vaccine-preventable diseases popping back up, is there any type of strategies that we can start to implement at maybe a public health level to encourage people to be vaccinated from these conditions? As we don't want to see them come back up when theoretically they've almost been eradicated in the U.S.!”

Dr. Djavaherian: “It's such a great point and to be frank I think unfortunately the Covid pandemic ended up building some of the muscle, or some of the infrastructure that's needed to now hopefully eradicate any additional infectious diseases that come up where vaccines would be useful. So currently it seems like the federal government is leaning heavily on pharmacies and more so on clinics like Carbon Health as a distribution channel to get vaccines into bodies as soon as possible particularly because vaccines are so safe, so effective, and very few people have bad side effects from the vaccines. And you may know an individual who's reacted, yet on a population level, those are still very low numbers, but not taking away from any individual's experience. I think that infrastructure now exists, but the question is whether we have the proper surveillance like wastewater testing if we've funded public health officials enough to be able to kind of monitor new up-and-coming infectious diseases. And I would say that it's interesting to see the breadth of issues that public health officials are dealing with, it's somewhat underestimated I think by the general public. There are cases of drug-resistant chlamydia for example that might come up in the community, or syphilis is spreading, and these are devastating infections and diseases which public health officials are just as responsible for those as they are for these types of polio outbreaks and things. So if you see a public health official, definitely thank them for the work that they're doing, and if you see government officials who control their budgets ask them for more money to help them do their jobs better!”

Rob Swanda, PhD is an mRNA biochemist and science communicator who obtained his PhD from Cornell University in 2021. Follow Rob Swanda, PhD on Twitter: @ScientistSwanda‍

A Time of Loss: Coping with Grief in the Era of COVID-19

A Day in My Life: Meet Earl Ruffin, CMA

How to Cure a Hangover (or Prevent One) This Holiday Season

Midlife Crises Are Real. Here’s How to Navigate Yours.

Setting Realistic Expectations for a Healthy and Fun Post-Lockdown Summer

Does Visiting the Doctor Make You Nervous? Learn How to Ease Medical Anxiety and Stress.

Don’t Go It Alone: The Dangers of Chronic Loneliness and How to Reconnect

What Is an Annual Physical Exam? Your Yearly Checkup Explained.

Juice Cleanses: Are They Really Good for You?

Be Well, Eat Well, and Enjoy the Holiday Season!

Birth Control: What Works for Your Body

How Stress Impacts Your Digestive System and How to Manage It